A solid volume overlapped on a much lighter volume. A structural challenge resolved with two large perimeter walls that configure the main and fundamental structure of the project.
Spatial fluidity.
Dynamic spaces, without hierarchy. The limits are diffuse, the interior space is extended to the outside through sliding doors that disappear embedded in the walls.
A game of contrasts.
Openness and secrecy. In the rear façade, the full predominates over the void, a screen against unwanted looks, robustness and pure hermeticism, broken only by an access slot. In contrast, an open front facade, light, extending the outer space, clogged by a infinity pool that merges with the horizon. 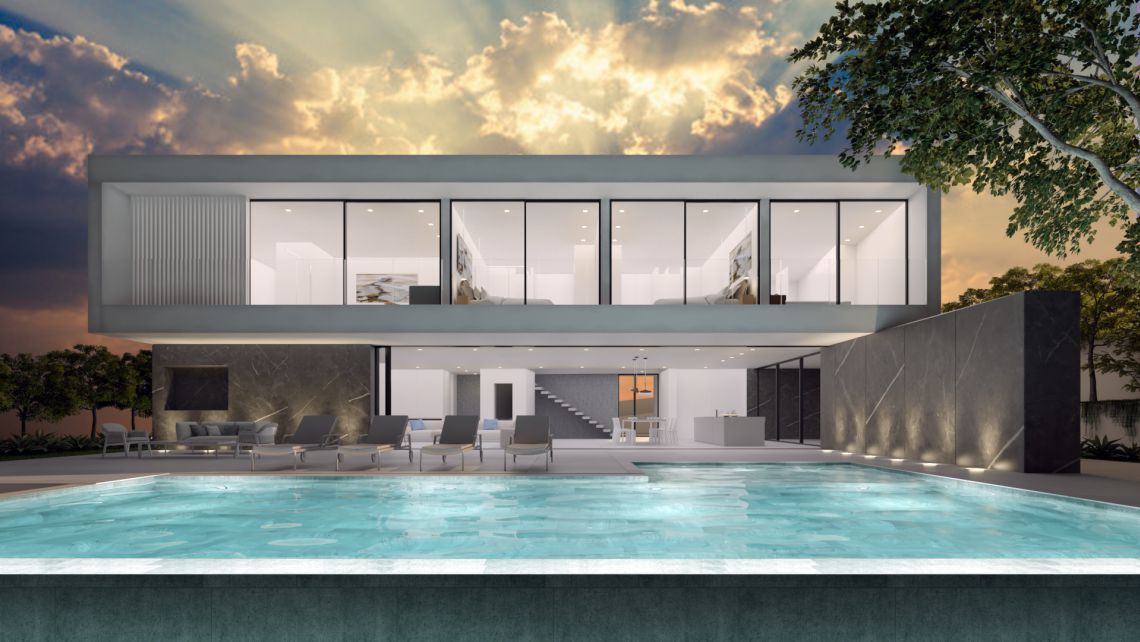 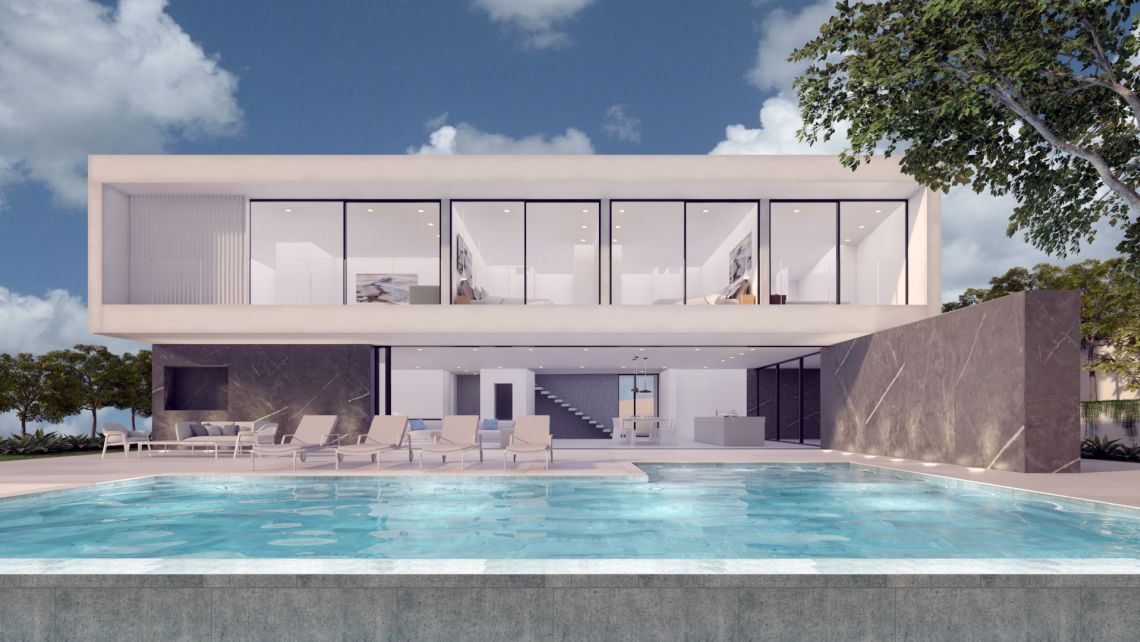